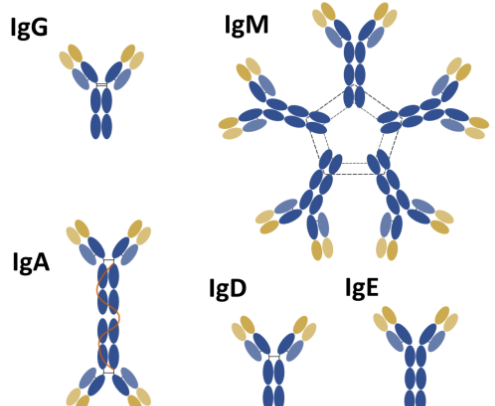 Do you know the different formats of purified and unpurified antibodies ?

Although the usual thing when buying a commercial antibody is that it comes purified, there are different formats of antibodies available: from raw sera to immunoglobulins purified by different methods.

In this post we will see the different presentations in which the antibodies can be supplied for their application in subsequent immunoassays and the approximate concentrations to which they will be found in each of them.

It is common for polyclonal antibodies are supplied in the form of serum or antiserum, equivalent to the blood of the immunized animal that have been removed clotting proteins and red blood cells.

Antiserum is an unpurified fraction that contains:

Antisera are useful for example to titrate the blood of animals during the immunization process . For their use as reagents in different immunoassays, it is recommended to always subject them to some prior purification process to eliminate the rest of the proteins and enrich the specific fraction of antibodies of interest.

The concentration of antibodies in the antiserum is usually in the range of 1-10mg / mL .

The monoclonal antibodies can be produced in vitro and obtain as supernatant hybridoma cultures .

The antibody concentration in the culture supernatant is usually in the range of 1-3mg / mL .

The concentration of antibodies in the ascitic fluid is usually in the range of 5-10mg / mL .

The polyclonal sera can undergo a process of pre-adsorption with other proteins, sera from different species, etc. in order to eliminate all those antibodies not specific for the target protein, thus minimizing the probability of cross-reactivity.

Antibody precipitation by adding ammonium sulfate is a routine technique in antibody production laboratories . It is based on the inability of the proteins to remain soluble by increasing the saline concentration of the sample, until they eventually precipitate.

In the specific case of ammonium sulfate, the high hydrophobicity inherent in immunoglobulins causes them to precipitate at lower concentrations of salt than other proteins, thus allowing the antibodies to be isolated from the rest of the protein fraction in the sample.

3.- ANTIBODIES PURIFIED BY PROTEIN A / G

Purification by protein A / G is based on the high affinity of these proteins for the Fc domain of the antibodies, thus eliminating the rest of the protein fraction present in the sample to be purified.

However, this technique is not antigen-specific, so it does not eliminate those non-specific immunoglobulins that can lead to cross-reactivity.

4.- AFFINITY PURIFIED ANTIBODIES AGAINST THE ANTIGEN 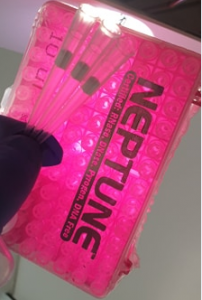